Shading device: light and warmth at your call

Solar radiation has a major impact on thermal comfort and the quality of life. In winter, you need to have as much solar heat as you can gather (and maybe not so much to avoid the glare effect); In summer, you need to avoid solar heat enough to let a comfortable amount of natural light indoors. While tinted glazing, good window distribution and wise design of fixed shadings are an option, adjustable shading devices give you the ultimate control over solar radiation. This article helps understand the mechanics of solar heat gain and to decide whether a shading device is an option for you; especially if you are seeking cost-effective energy compliance with the code.

The content of this article is in accordance with the Building Code of Australia (BCA) terms and definitions. 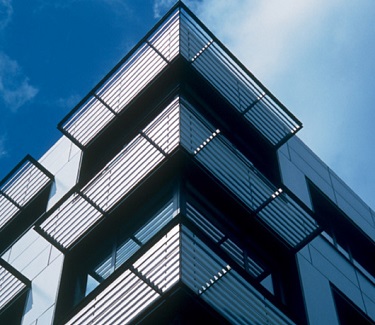 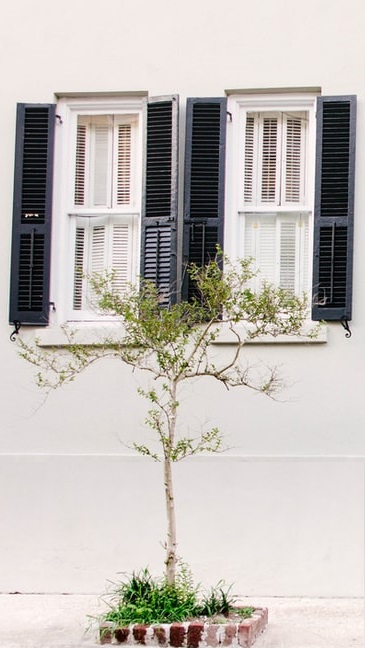 A shading device is a horizontal or a vertical device that is installed externally to your window. It lets control the amount of daylight and solar heat you want to enter your house. A shading device could be fixed or adjustable, where adjustable shading devices generally give you the most benefit of controllability.

… Shading that is provided by an external shading device such as a shutter, blind, vertical or horizontal building screen with blades, battens or slats, which—

A shading device by definition must be capable of restricting 80% of solar radiation. An external fixed louvre with this capability is considered a shading device; whereas, an adjustable Venetian blind or louvre roof system can only be defined as a shading device if it could be operated automatically. This is where the residential code differs from the commercial one. NCC Volume 2 follows the 80% restriction rule but lets the adjustable shading device be manually operated.
The reason behind this should be obvious as the occupants in a dwelling are in more control of their indoor conditions, compared to the management of a school.

Shading over the glazing has a huge impact on a building’s annual heating and cooling energy demand. In order to understand the benefits of an adjustable shading device, you need to know a bit about the mechanics of solar heat gain. Windows are the main elements in a building to let the solar heat inside. On top of that, the orientation of each window, as well as the time of year, play a significant part in the total solar gain.

East-facing and west-facing windows play a significant role in increasing the unwanted heat gain from the sun. Demand for artificial cooling will increase if the windows in a building are unequally distributed toward the east or west. The impact of north and south-facing windows are less significant; With an optimized horizontal fixed shading design, the negative effect could be mitigated.

Use of an external adjustable shading device on east and west-facing windows is an effective way as:
It lets the occupants control the amount of daylight by adjusting it; and
Excess heat and possible glare can be dealt with by having the shading device closed where the window has a semi-horizontal view of the sun.

Utilization of fixed shadings may also be a solution to reduce the above negative effects, but without adjustability, the downsides would be: requirement of great shading projection, insufficient daylight at times and lesser useful heat gain in the winter. 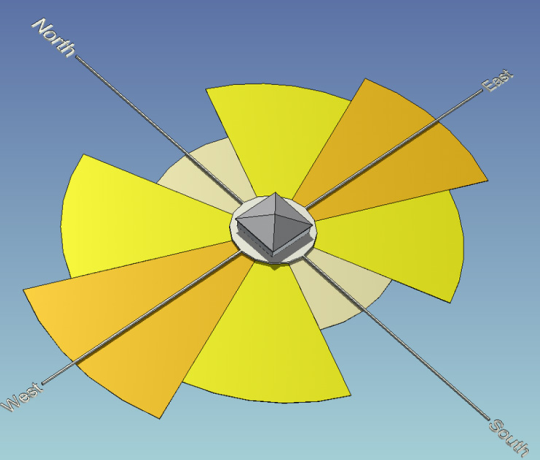 Unlike summer, solar admittance levels from the east and west-facing windows could very modest in winter. In contrast, north-facing windows play a major role in keeping the house warm in the wintertime.

In cold climate zones, it is recommended that the area of the north-facing windows be much greater than the west and east-facing windows. This helps reduce the artificial heating demand while having minimal effect on the need for artificial cooling in summer.

In the summertime, the sun is very high in the sky at mid-day; in the southern hemisphere, the sun is directed towards the north at mid-day. This suggests that although north-facing windows gain significant heat in winter, they cease to have a large effect on increasing the artificial cooling demand; hence, it is not wise to propose an adjustable shading device for north-facing windows; However, an optimized fixed horizontal shading always help with the energy demand in summer.
South-facing windows play no role in decreasing building’s heating demand. 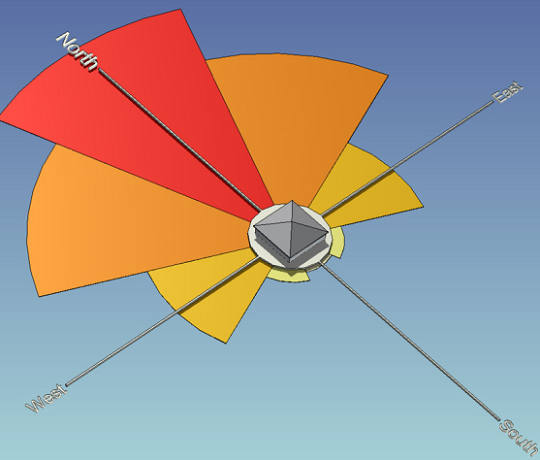 How does an adjustable shading device help reduce construction costs?

An adjustable shading device could be manually or electronically operated to let solar heat indoors in winter and to block it in summer. Through Performance Solutions (e.g. JV3 for commercial buildings and VURB for residential dwellings) you can model the shading device and assess its impact compared to a Reference building with no shading. According to BCA:

The restriction of summer solar radiation is the sum of the amount of hour-by-hour summer (December, January, February) solar radiation that does not reach the glazing as a percentage of what would have reached the glazing if the shading device was not fitted. If the device adjusts automatically in response to the sun, the worst-case scenario during the period of December to February can be used.
[Handbook: Energy Efficiency NCC Volume one, Part 11.9.5.5]

Using Performance Solution, different measurements for solar radiation control could be modelled and its holistic impact could be assessed against a Reference case. If there is a potential for artificial heating and cooling energy saving, other construction costs could be reduced as a trade-off. For example, the addition of several shading devices on some west-facing windows lets you increase the overall window U-values from U2.5 to U3.0. This could reduce construction costs by a lot while still complying with the code.