What are the common construction elements?

Construction elements and their dimensions are critical in a building design. Generally, these elements differ in their:

In this article, we explain elements in roof and wall construction and more commonly used dimensions in Australia. These elements are specifically introduced as they act in thermal bridging and insulation allocation. 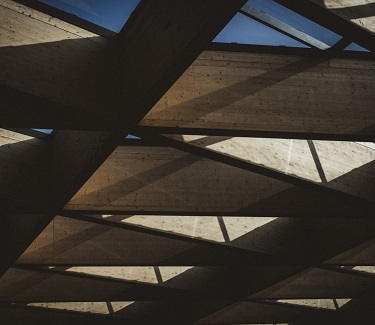 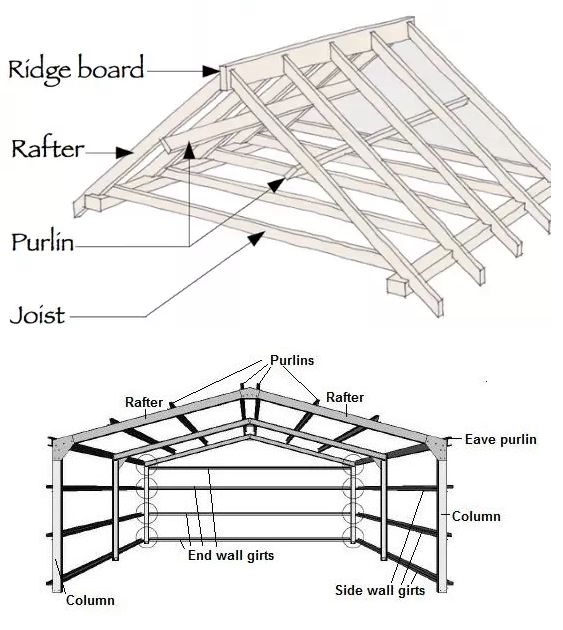 Purlin: the term purlin refers to roof members that are parallel to the walls or eaves. Purlins are required to support the roof sheeting or roof decking and themselves are supported by walls or rafters. The most commonly used steel purlins are Z-shaped 203×79×1.9mm. Purlins generally span from 1.2m to 8m. Insulation sits between purlins in a flat steel-framed roof system with an attached or suspended ceiling. This is typical of a Class 7b building with a conditioned space.

Rafter: the term rafter refers to a sloped structural member that extends from the roof ridge to the wall top plate. Rafters are designed to support the roof deck and its load. The most commonly used timber rafters are 240×35mm with 6000mm c/c. Insulation sits in the gap created by the timber rafters in a cathedral ceiling system.

Joist: the term joist refers to a horizontal structural member used in framing to span an open space. Generally, the longer face of a joist is positioned vertically. Depth of the joist is very important for a stable ceiling system. The wider the spacing between the joists, the deeper the joist will need to be to limit stress and deflection under load. The most commonly used timber joists are 90×35mm with 1200mm c/c. Insulation sits between the timber joists in a pitched roof with a flat ceiling system. 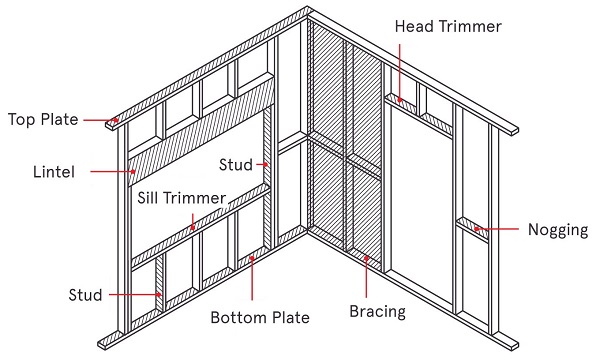 Stud: the term stud refers to a vertical framing member that is part of the wall construction. It is a fundamental element in frame building. Studs could be used just to separate spaces as non-load bearing studs. Studs shape the building envelope and hold windows and doors in place. The most commonly used timber stud wall dimension is 90×45mm @ 450mm or 600mm c/c. Steel framing studs are generally 92×35.5×0.75mm with 600mm c/c. Bulk insulation sits between the gap created by two adjacent studs.

Noggin: the term Noggin refers to a horizontal member of wall construction that runs in parallel with the top and bottom plates and between the studs. Noggins straighten the centre of the wall and provide lateral support to the studs. The number of noggins generally depends on the wall height. For a typical 2.7m high wall, one noggin is installed which contributes to the thermal bridging. Generally have the same size as the wall studs.